Like its predecessors, the game is a first-person shooter and the player assumes control of Lo Wang, the series protagonist. In the game, Lo Wang has access to a large arsenal of firearms which can be used to defeat enemies. In addition, he also wields a katana, which is limited to close-quarters combat.

At close range, players can execute wounded enemies. They can also use the environment to their advantage. As the player progresses in the game, they receive new weapons and gadgets which aid them in combat, all of which are meant to be unlocked and available by the time the player reaches the mid-point of the campaign.

The game features more linear levels and a more streamlined upgrade system when compared with Shadow Warrior 2, though it introduced new movement options for Lo Wang, such as giving him the option to wall run, double jump, air dash, and utilize a grappling hook to quickly transverse between platforms and vertical surfaces.

Three months after Lo Wang released an ancient dragon by accident, global civilization has been almost wiped out due to the presence of the dragon and the demonic beings that overrun the world. Wang himself has become a recluse, wallowing in depression due to his failure to defeat the dragon. Wang's former nemesis, Orochi Zilla, convinces him to continue fighting. The two of them seek out Motoko, a witch who knows of a way to defeat the dragon using the residual energy in Hoji's mask. Amidst Motoko's ritual, Hoji is revived, prompting Wang to disrupt the ritual to save his friend. Hoji first asks Wang to help restore his physical body, then guides him toward a contraption called a "Chi cannon", which supposedly has enough power to destroy the dragon. Unbeknownst to Wang, Hoji intends to use the cannon to drain the dragon's power and make it his, in order to become an all-powerful God. However, Hoji makes a miscalculation, and the dragon swallows the cannon.

After confronting Hoji on his treachery, the two of them agree to work with Zilla and Motoko to defeat the dragon. Wang sends Motoko's familiar, a tanuki, toward the dragon, intending to use it as an explosive bait, but it fails to kill the dragon. Seeing no other options, Wang decides to jump into the dragon's mouth himself, where he activates Hoji's Chi cannon from the inside. Wang successfully kills the dragon with the cannon, and manages to escape death with Hoji and Zilla's help. They later celebrate their victory over a meal with Motoko and the ghost of the tanuki.

IGN said that the game felt good to play and wrote in favor of its short runtime, but noted that it was "completely unremarkable in execution, being about as straightforward as an FPS can get." Hardcore Gamer reviewed the title favorably, writing, "It may not be reinventing the wheel in any drastic means, but Shadow Warrior 3‘s warranted excess and lovably chaotic flow is one you’ll easily get lost in and perhaps never want to get out of." PC Gamer, by contrast, was more mixed, criticizing Lo Wang's dialogue, and writing, "Shadow Warrior 3 is best experienced with dialog volume set to zero and subtitles turned off. It isn’t malicious. It’s tasteless. It’s embarrassing, because it expects that you’re the kind of person who’d enjoy it." Shacknews praised the title's movement mechanics, enemies, weapons, and technical performance, while heavily panning the poor presentation, narrative, campaign design, chromatic aberration effect, and the lack of co-op and HDR support. 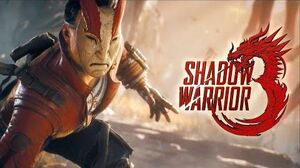 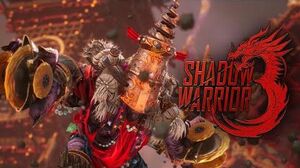 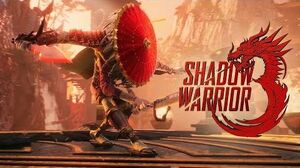 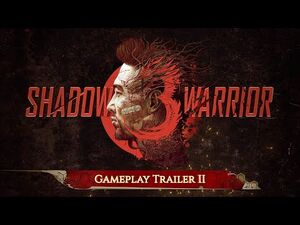