The game's improvements included introduction of true room-over-room situations, the use of voxels instead of sprites for weapons and usable inventory items, transparent water, climbable ladders, and assorted vehicles to drive (some armed with weapons). Although ultra-violent, the game emphasized tongue-in-cheek humor and contained some sexual themes (although less blatantly than in Duke Nukem 3D). A combination of Duke Nukem 3D and Shadow Warrior was published by GT Interactive in March 1998, titled East Meets West.

On April 1, 2005, 3D Realms released the source code for the Shadow Warrior engine under the GNU General Public License, which resulted in the first source port a day later on April 2, 2005.

On May 29, 2013, Devolver Digital announced the game would be free to obtain for a limited time on Steam, after a promotion to offer redemption keys for it on Facebook was exploited. Later that day they announced that they decided to offer copies of the game on Steam for free forever.

On July 8, 2013, Devolver Digital rereleased the game in the form of Shadow Warrior Classic Redux with the main game and both expansion pack featuring OpenGL graphics and visuals, remastered audio and modern PC compatibility.

The premise of Shadow Warrior is that the protagonist, Chinese-Japanese, Lo Wang, worked as a bodyguard for Zilla Enterprises, a conglomerate that had power over every major industry in Japan. However, this led to corruption, and Master Zilla - the president - planned to conquer Japan using creatures from the "dark side". In discovery of this, Lo Wang quit his job as a bodyguard. Master Zilla realized that not having a warrior as powerful as Lo Wang would be dangerous, and sent his creatures to battle Lo Wang.

Later on in the game, Lo finds that Zilla's men have slain his old master, whom he had sought out to help him. Following his master's dying words, Lo must also avenge his death. The game ends with Lo Wang defeating Master Zilla, who piloted a samurai-like war-mech. However, Zilla was able to escape Lo Wang, promising a future encounter.

Shadow Warrior is a first-person shooter similar to Duke Nukem 3D as both use the Build engine. Players navigate the protagonist, Lo Wang, through three-dimensional environments or "levels". Throughout levels are enemies that attack Lo Wang, these are killed by the player using weapons such as a katana. Shadow Warrior also features puzzles that must be solved to progress in a level.

Lo Wang's arsenal of weaponry includes Japanese-themed weapons such as shurikens—which were "likely [to] be dropped in favor of [a] high tech fun weapon" in development—and a katana, and marked the first appearance of a sticky bomb in an FPS, an idea which wouldn't catch on until Halo many years later. It also includes guns such as Uzis, a riot gun that fires shotgun shells, and the Eraser-inspired Rail Gun (Lo Wang frequently mentions "Time to get erased! Ha ha!" when picking up this weapon). In addition, the head and heart of certain enemies can be used.

This was quite an ambitious game, containing many features not seen until later games. For example, the game features various turrets and vehicles (such as tanks) that the player can drive around freely. It also featured secondary firing, and multiple firing modes for various weapons. It also had climbable ladders.

Development of Shadow Warrior began in early 1994 as Shadow Warrior 3D, and preliminary screenshots were released with Hocus Pocus in May, 1994. George Broussard in 1996 stated: "We want Shadow Warrior to surpass Duke Nukem 3D in features and gameplay and that's a TALL order." To this end, more tongue-in-cheek humor was added to the existing game in order to better match the style of the popular Duke Nukem 3D. Shadow Warrior was published in North America by GT Interactive on May 13, 1997.>

3D Realms released the source code of the Shadow Warrior engine on April 1, 2005 under the GNU General Public License. Due to the timing of the source code release, some users initially believed that it was an April Fools joke. The first source port, JFShadowWarrior, was released a day later on April 2, 2005, including improvements from JFDuke3d and Linux support.

Shadow Warrior for iOS was released on December 19, 2012 by 3D Realms and indie developer General Arcade.

Two expansion packs, Wanton Destruction and Twin Dragon, were released. The third one, Deadly Kiss from SillySoft remains unreleased, but screenshots were released in January, 1998.

Twin Dragon was released as a free download on July 4, 1998. It was created by Wylde Productions and Level Infinity, and features music by Castles Music Productions.

The game reveals that Lo Wang has a twin brother, Hung Lo, with whom he was separated in early childhood. Hung Lo becomes a dark person whose goal is to destroy the world. Similar to Master Zilla, he uses the creatures from the "dark side", criminal underworld and Zilla's remnants to further his goals. Lo Wang has to journey through his dark minions, reach his palace and defeat the evil Twin Dragon Hung Lo once and for all. The game features 13 new levels, new sounds, artwork and a new final boss, Hung Lo, who replaced Zilla.

Wanton Destruction was created by Sunstorm Interactive and tested by 3D Realms, but was not released by the distributor. Charlie Wiederhold presented the four maps he created to 3D Realms, and was consequently hired as a level designer for Duke Nukem Forever. With permission, he released the maps on March 22, 2004. On September 5, 2005, Anthony Campiti - former president of Sunstorm Interactive - notified 3D Realms by e-mail that he found the Wanton Destruction add-on, and it was released for free on September 9, 2005.

The add-on chronicles Lo Wang's adventures after the original game. He visits his relatives in USA, but is forced to fight off Zilla's forces again. The game culminates with a battle against Master Zilla above the streets of Tokyo, which ends with Master Zilla's death. The game features 12 new levels, new artwork and a few new enemy replacements, such as human enemies; though they still act like their original counterparts.

Lee Jackson who had already composed the soundtrack for Duke Nukem 3D also composed the soundtrack for Shadow Warrior. Shadow Warrior uses the audio tracks of the game's CD for music playback rather than the system's MIDI device, which allows for a higher general quality and the use of samples and effects not possible with MIDI music. This allowed Lee Jackson to include a wide variety of instruments which support the game's Asian theme as well as to include ambient tracks which depend on advanced sound design. MIDI soundtrack (including two exclusive tracks, 254 mm and Morse Kodo) was used in the shareware version which had to be kept small in size.

A special song called Lo Wang's Rap was included in one of the game disc's audio tracks. It was created out of sound bites and outtakes from recording sessions with John William Galt, the voice actor cast in the role of Lo Wang. This song was played during the credits sequence after completing the game. Jackson wrote and recorded a backing music track and then used a digital audio workstation to arrange the vocals over it in a way that made it sound like Lo Wang was actually rapping. The song was released as an MP3 on 3D Realms' website in 1999.

Two original novels featuring Lo Wang were published. For Dead Eyes Only was written by Dean Wesley Smith and You Only Die Twice by Ryan Hughes. The titles of the novels parody titles in the James Bond book series by Ian Fleming.

Shadow Warrior caused some protest on its release. One prominent example is an article published in Computer Gaming World in which Elliot Chin criticised the game on the basis of what he saw as insensitive and inauthentic representations of East Asian society and culture. 3D Realms responded to this criticism by stating that they had deliberately used a melange of Asian stereotypes in order create a "fun game" which parodied "bad kung-fu movies". Such criticism has continued. In an interview with GameSpot, Robert Parungao, a graduate student of the University of British Columbia, cites that Lo Wang, the main protagonist of the game, along with several other characters of Asian background from different games, such as Grand Theft Auto III, Warcraft III: Reign of Chaos, and Kung-Fu Master, are examples of racial stereotyping persons of Asian background. Doctor Anthony Sze-Fai Shui, an Assistant Professor of English at Springﬁeld College, expressed similar concerns, especially as regards the game's portrayal of Japanese corporations as "rapacious" and "traditional". 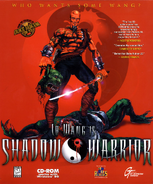 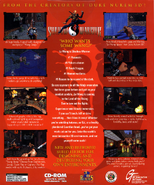 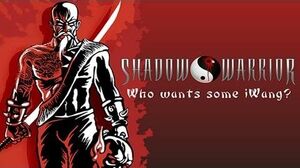 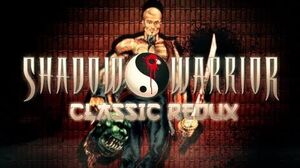